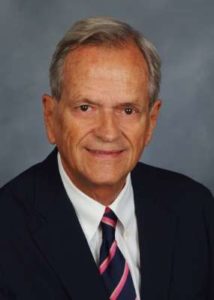 Timothy M. Dempsey, a firm partner, was admitted to the Wisconsin bar in 1965, after graduation from Yale University Law School. He is a past Director of Wisconsin Lawyers Mutual Insurance Company (1988-1990). He is a member of the Wisconsin County and American Bar Associations, and a member of the State Bar of Wisconsin (Board of Governors (1975-1979), Director Bankruptcy Section (1974-1978), Director Real Property Probate and Trust Law Section (1981-1987), Treasurer (1984-1987), Chairman (1987-1989)). He is a Fellow of the American College of Trust and Estate Counsel. He practices in the areas of corporations, commercial law, estate planning, and probate.

SuperLawyer in the area of Estate Planning and Probate
2006 – Present 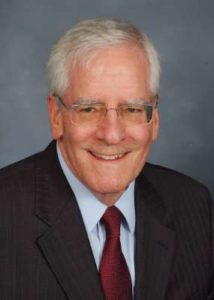 John St. Peter, a senior partner with the Firm, has been practicing law in Fond du Lac and throughout East Central Wisconsin for over 40 years. John’s practice emphasizes business, municipal, and employment law. John is licensed to practice in the State of Wisconsin, the U.S. District Courts for the Eastern and Western Districts of Wisconsin, and the Seventh Circuit Federal Court of Appeals. He is a member of the Wisconsin Bar Foundation, the State Bar of Wisconsin, the American Bar Association, and numerous specialty sections sponsored by these organizations. John also frequently serves as a mediator (covering all types of disputes) and as an independent hearing officer in Wisconsin public sector employment cases. 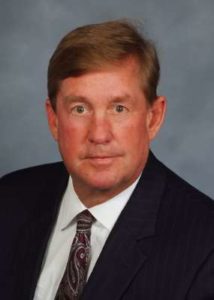 Charles J. Hertel, a firm partner, was admitted to the Wisconsin bar and the U.S. District Court for the Eastern and Western Districts of Wisconsin in 1980. He is a graduate of Northwestern University School of Law. He is a member of the Winnebago County Bar Association, the State Bar of Wisconsin, and the United States Supreme Court Bar. He practices in the areas of civil litigation, business organizations, commercial law, secured transactions, and real estate. 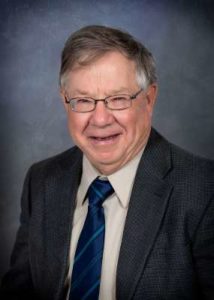 Terry was born and raised on a dairy farm in Freedom Wisconsin and has extensive knowledge and multiple decades of experience when it comes to representation of farmers. Growing up in a farming family himself, Terry knows the difficulties that Wisconsin farmers face and has the ability to help them overcome those difficulties by combining his farming knowledge with his legal knowledge in the areas of bankruptcy, tax, and business law. Terry prides himself in being the “go to guy” for farmers facing financial difficulties in Central Wisconsin.

Terry received his J.D. from the University of Wisconsin in 1976, and was then admitted to practice in Wisconsin. He has been admitted in the federal courts for the Eastern and Western Districts of Wisconsin, the Seventh Circuit Court of Appeals, and the United States Tax Court.

Terry served two terms on the Board of Directors for the Bankruptcy, Insolvency and Creditors’ Rights Section, and one term on the Board of the Taxation Section of the State Bar of Wisconsin. Terrence Byrne is also a licensed C.P.A. 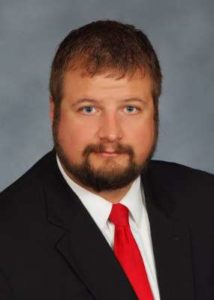 Involvement in the Community: 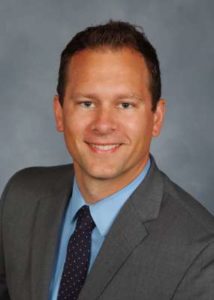 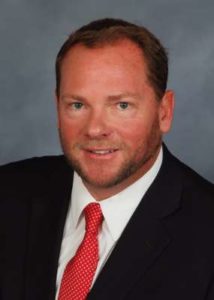 Brian D. Hamill, a firm partner, was admitted to the Wisconsin bar in 2000. He is a graduate of Marquette University Law School. He is a member of the State Bar of Wisconsin, the American Bar Association, the Wisconsin Academy of Trial Lawyers, and the Winnebago County Bar Association. He practices in the areas of civil litigation, general practice, business formation, and municipal law. 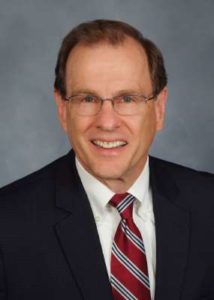 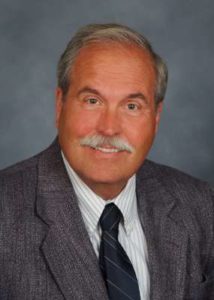 William E. Buchholz, of counsel to the firm, was admitted to the Wisconsin bar in 1977, after graduation from Stanford University Law School. He has practiced law in the Waupun, Wisconsin area for his entire 41 year career, serving basically the same clientele while being a partner in several law firms, including Grant, Buchholz, Sias and Hoeper Law Offices, Buchholz and Sias Law Offices LLC, and Buchholz & Busch-Ell Law Office LLC. Mr. Buchholz was a Wisconsin State Bar Fee Arbitration panel member for more than 20 years and also served as the vice-chair of the Wisconsin State Bar Committee on the Resolution of Fee Disputes. In addition, for many years, he was a member, and eventually a chairperson, of the District 13 Committee of the Office of Lawyer Regulation. Among other endeavors, he has been the vice-chairman of the Waupun Memorial Hospital Board of Directors, the City Attorney for Waupun, a speaker at numerous continuing legal education seminars, and a long time hockey coach and player. He is presently semi-retired. 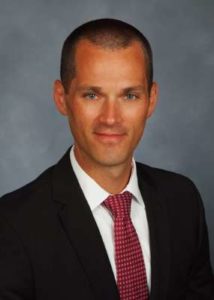 Ryan M. Plisch is currently of counsel to Dempsey Law firm. Ryan was admitted to the Wisconsin state bar in 2010 after graduating with honors from the University of Wisconsin Law School. Ryan’s practice focuses on business and corporate law issues, estate planning, and real estate. 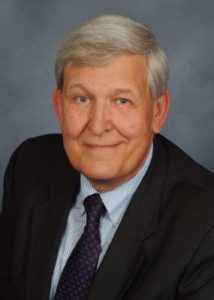 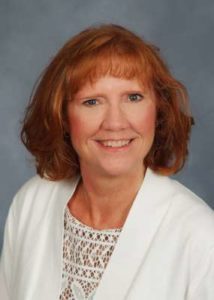 Alana Busch-Ell, a firm associate, was admitted to the Wisconsin Bar in 1989. She is a graduate of the University of North Dakota School of Law. She has practiced law in the Waupun, Wisconsin area for her entire 30 year career. She has served as a contract Guardian ad Litem for Dodge County since 1993. 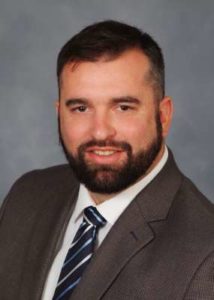 Joshua R Cook, a firm associate, was admitted into the Wisconsin state bar in 2019, after graduating from Marquette Law School. Joshua has also been admitted to practice in the Western and Eastern U.S. District courts. Joshua is also a retired U.S. Army veteran and enjoys spending his spare time hunting and fishing. 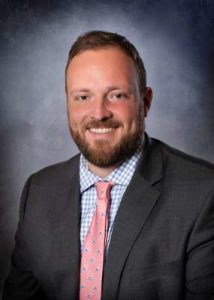 Dejan Adzic, a firm associate, first joined Dempsey Law Firm, LLP in 2014 as a law clerk while attending Marquette University Law School. Upon receiving his law degree in 2015, Dejan began practicing law with Byrne Law Office in Wausau, Wisconsin and again becoming a member of Dempsey Law Firm, LLP once the two firms merged in January of 2019 – a merger which Dejan helped to facilitate. Under the mentorship of Attorney Terrance J. Byrne, Dejan gained significant experience in the areas of bankruptcy, business and transactional law, financial workouts, foreclosures and civil litigation. Dejan is admitted to the State Bar of Wisconsin as well as the Eastern and Western U.S District Courts. 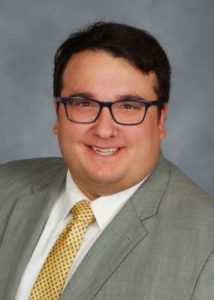 Alex Ackerman, a firm associate, was admitted to the Wisconsin state bar in 2016, after graduating from Marquette University Law School where he was a member of the Moot Court Executive Board and participated at the Ruby R. Vale Interschool Corporate Law Moot Court Competition in Delaware. During the competition, Alex was a member of a team that was awarded “Best Brief” and advanced to the quarterfinals.

Attorney Ackerman has also been admitted to practice in the Eastern and Western U.S District Courts. Primarily Alex focuses his practice on the areas of municipal law, employment law, school law, and litigation. 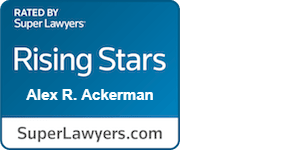 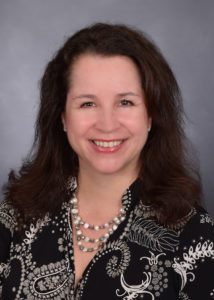 Lee concentrated in government law after completing a judicial clerkship/mediator position. Lee gained a unique experience by serving at the Wisconsin Towns Association from 2007 through 2015, where he traveled throughout Wisconsin to provide presentations on legal education to municipal officials, was a state-registered lobbyist, and heard about every issue experienced by a Wisconsin town. The chances are excellent that Lee has either been to your town or at least knows where it is, and that he is already familiar with your kinds of issues.

Lee began 2016 by joining private legal practice where he continues to work with all manner of municipal entities and issues. Lee acts as legal counsel, prosecutes violations, conducts hearings, and represents clients in civil litigation.